America’s Got Talent: The Final Performances 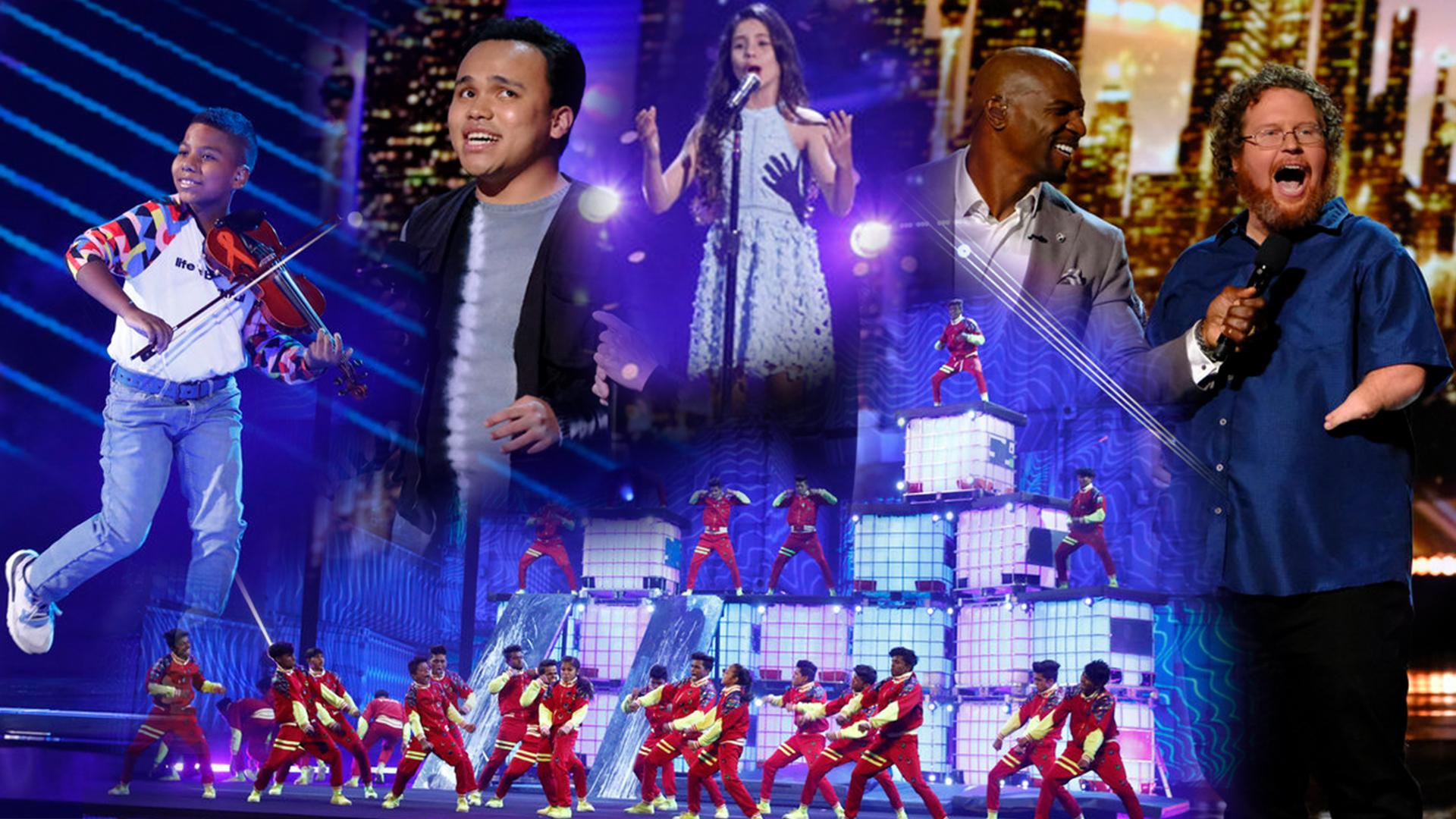 Last night, the Top 10 performed their final performance of Season 14 in America’s Got Talent.

Simon Cowell was 100% right when he said this season was the best finale he’s been a part of. (note: I’ve really only been watching the last four seasons, including the “Champions” season, so I’m a little biased).

But from beginning to end, every performance was outstanding and if spread out over the other seasons, could’ve won the entire thing. Sadly, only one performance will win.

While I can say my two favorites were Kodi Lee and Patriots of Service, I know there are millions of people voting for all the other acts too, so I can just give my two cents on each of their performances.

I truly loved having Gabrielle Union and Julianne Hough, but they were “blown away” and moved by every performance, which sometimes lost made their words less meaningful. I love their reactions, but their words are almost repetitive. I know they’ll grow for future seasons.

He’s done a great job all season blowing everyone away with his honesty, originality, and the vulnerability. At now 15, with his birthday being yesterday, he went with just him, his guitar, and his voice. I’ve been a fan of his since day one and while I think he could win the whole thing, I don’t think he will.

Terry Crew’s golden buzzer group has covered Carrie Underwood, Panic! At the Disco, and last night, they covered Macklemore’s “Can’t Hold Us” which included a step routine. This group of teenagers has wow’d the judges with their solos, their singing, their dance routine, and their passion. For such a large group, their director Anthony T. White has done an amazing job making sure the group is on point. I don’t see them winning the entire thing, but their love for the arts is great to see. Detroit should be proud.

A young “opera” singer, who was the judge’s pick to join the finals, left people wondering how a 10-year-old (well turning 11 on Wednesday) had such a voice. She sang “La Mamma Morta”, which honestly brought me back to watching “Philadelphia” with Tom Hanks. But that being said, the show is called America’s Got Talent. Emanne has the talent and will definitely go far with her voice. As a side note, I put “opera” in quotations just because she might have the voice and register for it, she may not be an opera singer just yet.

Just like their adult predecessors, their routines are out of this world and have your jaw on the floor the entire time. Their theme last night put the viewer into a diner and boy was it delicious. Once again, mostly tweens, some teens, and single-digit kids, this group showed they belonged. But just like their adult predecessors, being that it’s been seen before, I do not see them winning, but coming in the Top 5.

One of the more inspiration performances goes to this group hailing from Africa. They sang “Africa” by Toto and had everyone on their feet, most specifically Gabrielle and Julianne. They’ve had some amazing renditions of their songs all season and just bring a smile to your face. Do I think they’ll win it all? Sadly not, but I definitely see them touring the U.S. over the next year.

First off, anyone who fights cancer is a winner in my book. This kid, Tyler, was diagnosed with leukemia at the age of four, and had a video preceding his performance of young cancer survivors encouraging him and letting him know he’s an inspiration. In honor of that, he used his violin skills to play Destiny Child’s “Survivor”. What’s great is that, even though he’s playing with a track behind him, he’s using the violin as his voice to “sing” along with the song. Some of the most talented violinists out there can’t do what he did.

I did not even know which way to look during this performance. These kids have put Cirque Du Soleil on notice with their dancing and acrobatics. These kids have been a fan favorite since Dwayne Wade gave them his golden buzzer and they haven’t disappointed since. I definitely seeing them as a top 5, if not top 3 placer. Do they win the entire thing? I give them a 30% chance.

My odds-on-favorite since his first performance. Being blind and on the spectrum doesn’t define Kodi, but his passion for music is. He gets lost in the music and is just breath-taking. He sang Freya Ridings “Lost Without You”. The judges loved it. The audience loved it. I can gush all over him but do I think he’s going to win? “Heck Yeah!”

As a comedian, you have to bring it with every joke at every performance. Ryan has done just that. While he does play off his disability at points, it doesn’t define him and never will. It’s all about owning who you are and making the audience believe everything you joke about, has happened. Simon wanted to make sure that a production company signed him onto a movie and within seconds, Gabrielle Union offered it to him. It’s forever on TV, so they better work out the details! I also see him making the top 5, but I do not see him winning it all.

The only group that follows me on Twitter. Yes, they actually do. I’ve been a fan of theirs since the beginning and was thrilled when they made it to the finals. Their opening was about letters sent to them by veterans on their impact while on the show that left all of them with tears in their eyes.. They sang “Foodprints in the Sand” by Leona Lewis and left everyone speechless. Simon even said there’s a chance they win the entire thing. While I do hope it’s true, I definitely see them in the top 3, if not top 2.

This season has been amazing and I love the art is showcases and brings into the homes of millions of people. If it jumpstarts 10+ careers, then bravo AGT and their producers.

The winner gets a show in Vegas on my birthday weekend, and that’s in addition to the $1 million prize.

Only hours to go, but someone, or some group’s lives are about to change.