Philadelphia Rocks the Holidays and Hunger 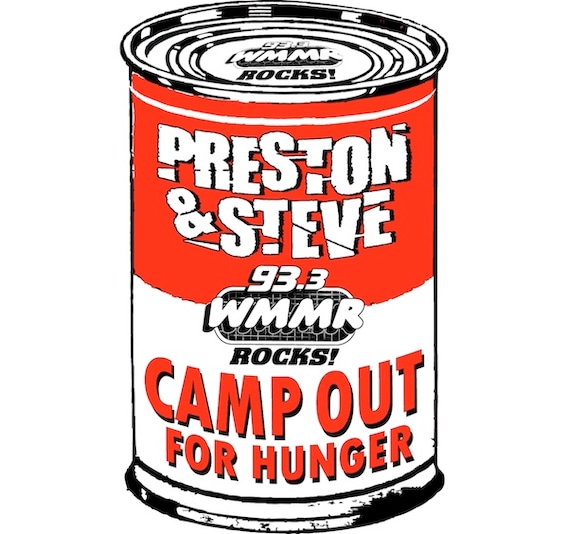 This was their 22nd annual camp out, which was bigger and better than years past.

It is the largest food drive in the United States.

Up until a couple years ago, I didn’t actually listen to Preston and Steve in the morning. I was either listening to Mike & Mike on 97.5, syndicated Elvis Duran in the Morning Q102, or the WIP morning show. But one day I decided to give it a try and I was hooked. Unfortunately, I was only able to listen to anywhere from 15-35 minutes of the show.

I’d hear about this cause, which is a couple weeks before Christmas and wonder how people were able to spend hours down at Xfinity Live on a workday.

In June, I moved to South Philly, barely one subway stop from NRG Station aka AT&T Station aka Pattison Ave. There was no reason I couldn’t go now. I mean, the show starts at 5:30am and goes until 10:30, and the subway into work from the sports complex only takes eight minutes. I could’ve gone at night, after work, but I didn’t think it would’ve had the same flair as the morning show provided.

Thursday came and went – still didn’t go and had plans to go to a couple, yes a couple, happy hours that night, so if I went Friday, it was going to be very difficult.

Friday – woke up after not going out to the second happy hour and said to myself “if not now, when?”.

I brought some canned potatoes and made my way down to the sports complex.

Now, if I had forgotten my canned good, I wouldn’t have been turned away. In fact, they had plenty of canned goods and packages, like peanut butter, available for a monetary value, and then you could donate the package.

Many of their sponsors there had samples and giveaways for fans that showed up. Dunkin, Herr’s, Hand and Stone Massages, Campbell’s Soup, were just five sponsors I noticed (but I was also overwhelmed).

Celebrities came and went all week, donating or participating in events that raised money, and there was also a “Privileged Section” for people to sit in for an hour or so that was only feet from the stage and guests. Each person picked got to win gift cards or tickets too. Everyday also provided a different house band, including Jamison Celtic Rock.

I was thrilled to attend, even for an hour.

Seeing Preston and Steve, Marisa, Kathy, Casey, and Nick live and in person was a cool experience, even if I didn’t actually meet them.

Live radio broadcasts are much different than you’d expect and I truly recommend everyone go to at least once.

Thank you for being selfless, Preston and Steve, but also to the morning show, 93.3 WMMR, Philabundance, and so many others who are helping to feed Philadelphians who may not be as fortunate as others.

Check out the photos and all the great information from the Camp Out From Hunger right here!

Want to help Philabundance give out all the food? Click here!

Want a sneak peak of what each day entails? Check out their daily rush videos posted to the Preston and Steve Youtube page.

← My First Job Podcast: Episode 3 – Matt Lachs
¡No me diga! Lin-Manuel Miranda’s “In the Heights” Trailer Is Here →